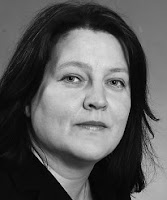 Helmi Järviluoma-Mäkelä is Professor and Head of Cultural Studies at the University of Eastern Finland, and Docent (Adjunct Professor) at the University of Turku. She is a recognized specialist in studying the changing European soundscapes. During her research career she (author name Järviluoma) has published 139 international and national refereed articles, books, chapters and other publications, among others the results of the large international follow-up project Acoustic Environments in Change (2009) and the widely used textbook Gender and Qualitative Methods (Sage 2003; also SageRM Online 2010). Her whole publication career has been permeated by a strong interest in research methodology, the history of disciplines, interdisciplinarity, and gender. She is the General Secretary of the International Association for the Study of Popular Music and the President of the Finnish Society for Cultural Studies. She participates in the editorial boards of four international journals, and is a steering board member of the Nordic Network on Researching Music Censorship (NORDFORSK 2010-2013. She has intensively been involved in bridging the gulf of theory and  practice in the participatory music ethnography project Becoming Audible! and its outcomes. 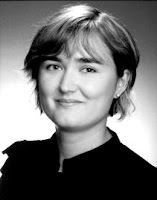 In her PhD research Meri studies articulations of sonic privacy and acoustic communities in urban environments. Her latest articles have dealt with apartment house acoustemology in Finland and acoustic and electro-acoustic communities of a football fan group in Istanbul. Currently she is working on a sonic ethnography of mahalle (Kuzguncuk) and site (Cengelköy) life in Istanbul and on sonic representations of the city of Istanbul on Turkish films.

Uimonen’s research is concentrating on the past, present and future soundscapes in Dollar. His theoretical orientation draws on anthropologist Mary Douglas’ concept as dirt as matter out of place adapted to study of sound and noise.  Uimonen’s research forms a continuum from 1975 to 2009, studying the pleasant and unpleasant sounds that the young villagers want to hear in their surroundings in the near future. The omnipresence of music in everyday life of the young and the listening of soundscape as well, will be scrutinized. 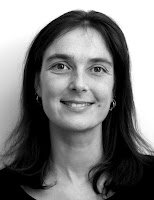 In her research Noora Vikman is interested in quieter environments and specially the phenomena of materializing immaterial in acoustic culture in the middle of the ongoing cultural and economical shift. She is analyzing how silence and quietness are understood as germinating utilizable resources. "Quietness" associates to hi-fi environments where lesser sounds and quieter tunes of the acoustic environments can be heard more clearly. In Finland the more dramatic silence as one sphere of immaterial culture has been chosen as one of the potential national marketing assets. It is believed to bring additional value for Finnish silent areas. Creating attention value and giving silence a role as both a commodity and a common creates huge challenge to redefine the meanings of silence. The most interesting node is there where this challenge meets the entrepreneurs working on the grass root and the expectations and subjective experiences of the travelers. The needs and demands of preserving quiet environments inflict and cause changes in the conventions of local everyday life styles. Vikman’s applied study utilizes participatory methods and develops the study of meanings towards the development of silence as environmental knowhow. The places studied more in detail are Northern Italian village Cembra and two Finnish, Northern Karelian communes Ilomantsi and Koli (Lieksa).

This is the homepage of the project "Soundscapes and Cultural Sustainability - Strategies for Local Action", funded by the Academy of Finland (2009-2012).